Hello there!  I am back again!  Trying this whole “consistency” thing 😉  Without further ado, here are 10 “things.”

Hope you had a great weekend!

Hey there.  So, yea, it sure has been a while, eh?  My apologies.  April was hard to describe; I would say heavy.  And I just didn’t have the time or emotional bandwidth to blog.  BUT.  I do have a someone epic race recap (and photo!) coming at ya! 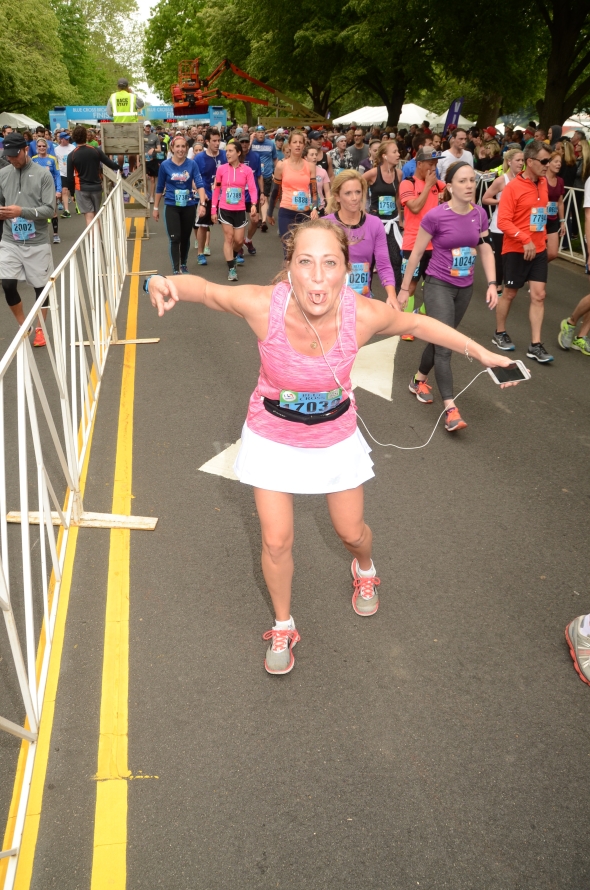 I know. Epic.  To explain, I LOVE LOVE LOVE Jordan Hasay and she sticks her tongue out when she runs.  She kicked A$$ at Boston and so I was paying homage and clearly was also suuuuper stoked to have crossed!  It was a tough race.  I earned my time; albeit 21 seconds short of my goal 😉 Here is my recap! 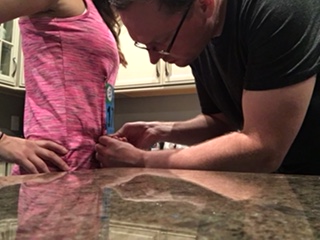 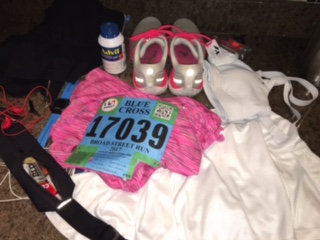 So.  I woke up with tummy trouble.  Always fun.  Had to actually stop at a (lovely) MacDonalds on the way…after trying about two gas stations and a Dunkin Donuts.  Fun times.  It was dire though.  Anyway, we got to the race (the amazing Scott drove me and my two neighbors to the race; NOTHING beats a pre-race ride.  thank you baby! Also a shout-out to the boys’ dad for staying behind to get the boys ready to go to meet me at the finish-gasp!!) at about 8:05.  Start time is 8 but I typically don’t like being early.  The waiting kills my nerves.  I entered right into the corral about to start and off I went!

I wore pink for someone very special to me who is fighting Breast Cancer.  Every mile was for her.

I Crossed the start at about 8:10.  And right from the start, a super annoying thing happened that NO runner desires; I had to pee, like .25 miles into the race.  Really badly. All of the sudden.  And I could NOT focus on anything but that!  UGH!  So, I pulled over and relieved myself… 21 seconds.  From there, I just tried to book book book it!  I really feel that, save for the 9th mile, I truly put in maximum effort.  And speaking of that 9th mile…I am SO MAD.  Another suuuuuper annoying runner-thing (for me, at least) thing happened; I had brought Advil into the car.  Basically, since I turned 30ish, I started taking Advil pre race because I realized how much it helped with muscled cramping and even fatigue.  And I FORGOT TO TAKE IT!  (MacDonalds situation, lol).

Anyway.. here are the total stats/picture…

Ok, SO.  I would venture to say that this was my FAVORITE finish line experience EVER.  Would you NOT believe that apparoaching the finish, as I was ABSOLUTLEY DYYYYYING, I look to my left and see ALL of my boys; The 3 babies, Scott and Ian.  I was seriously like a magical moment. I know.  Cheese.  But true.  Thank you, cheer squad!

Definitely the luckiest girl ever!